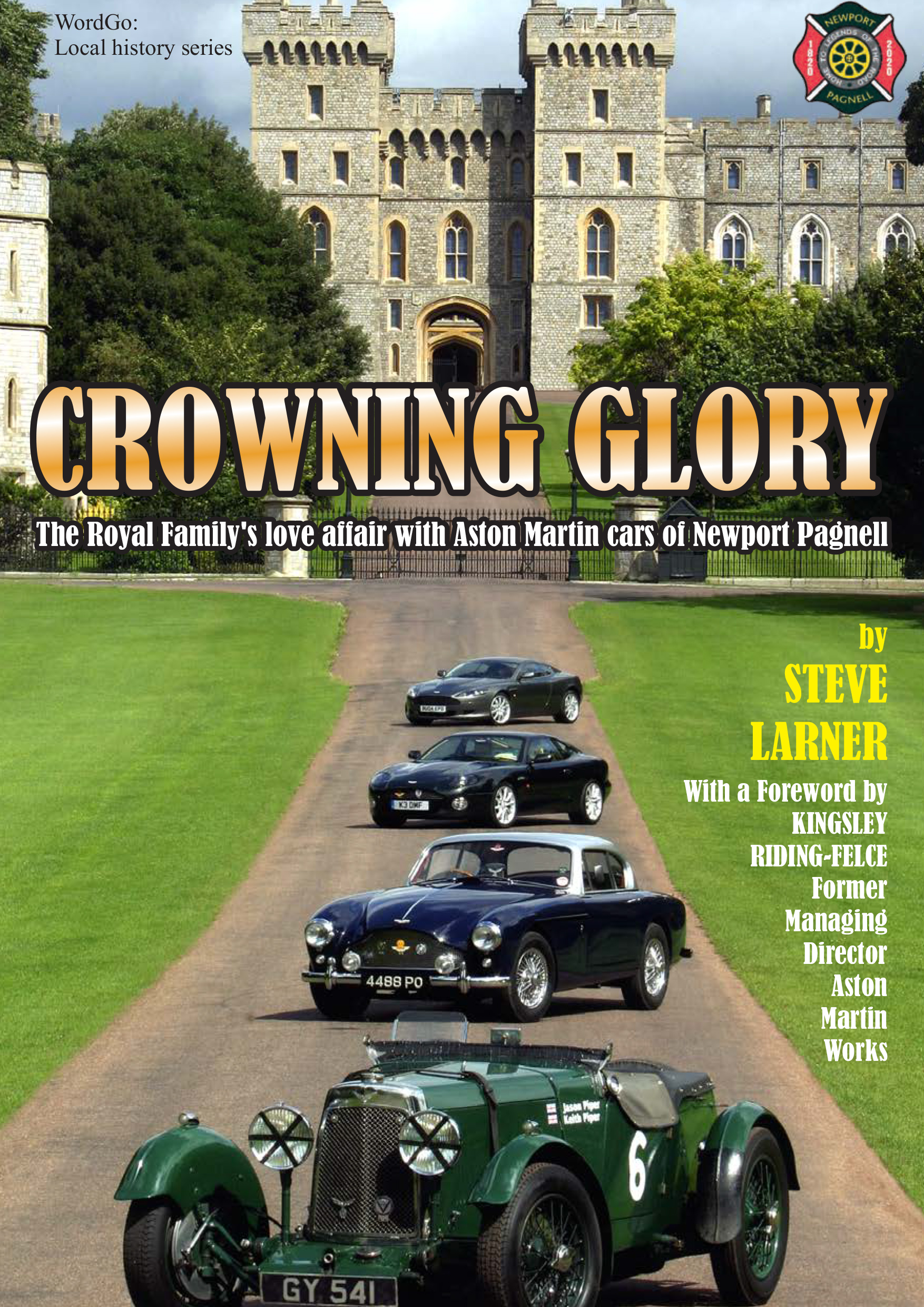 A NEW book that charts the remarkable relationship between the Royal Family and Aston Martin cars of Newport Pagnell goes on sale at the end of October.

Titled Crowning Glory  and with a foreword by Kingsley Riding-Felce, former Managing Director at The Works in Tickford Street, the eBook details what it calls the Royals’ love affair with the luxury sports cars.

Ownership by three generations of the Royal Family – quite apart from the movie adventures of the nation’s favourite secret agent – has helped turn the Aston Martin name into a top global brand.

The Duke of Edinburgh, Princes Charles, Andrew, William and Harry,  plus the Duke of Kent, Prince Michael and various other Royals, have all owned cars built, restored or serviced at the company’s “spiritual home” in Newport Pagnell.

Kingsley, the former MD who came to know most of them before retiring in 2014, praises the book as “most interesting” and believes it is the first time that the relationship between the Royals and cars made by Aston Martin Lagonda has been pieced together in a single volume.

Crowning Glory contains many fascinating stories about the Royals – and especially Prince Charles – who has owned one particular model for 50 years and refers it is as “among his very best friends.”

The book is authored by Steve Larner, formerly with the Milton Keynes Citizen newspaper who lives locally and confesses to a fascination with Aston Martin after reporting on their activities for many years.

The book completes a trilogy which celebrates two centuries of “transport excellence” in the small market town that began when Salmons & Sons, wheelwrights and coachmakers, opened for business in 1820. The book will sell for £12 on its own from mid November or buy the FULL ANNIVERSARY SET now for £20.

The publishers are WordGo of Newport Pagnell – a non-profit collection of professionals in publishing who want to see more of the region’s rich local history in print.